We are Happy to Serve Marietta and its Residents

The Atlanta suburb of Marietta is a city of great influence, as one might expect from the county seat of Cobb County. It is also an aesthetically pleasing city, thanks in part to the number of trees that are found on the properties of its residents. Yet when one of these trees creates an issue, a local tree service such as Evergreen Tree Services can help.

Whether it’s something simple like tree trimming or tree pruning, or it’s something more complex like stump removal, an arborist at Evergreen Tree Services will go about their business in a professional, respectful manner.

We can say this because we are in tune with how trees and shrubs in and around Marietta work. We have a deep understanding on growing conditions, weather, and all of the intangibles that allow for the area trees and shrubs to thrive. As such, home owners that are in need of a little aid if they have infested or sick trees on their property can give us a call and find out how we can help. We will survey the damage caused by the plant, and then make recommendation on next steps based solely on our findings.

Attention New Residents
New residents that move into a Marietta property may find themselves in need of a stump removal service. If you fall into this category, don’t be too alarmed – it’s a common problem. What most likely occurred is that the previous owner of the property requested that a tree service come and perform a tree removal procedure, and they simply let the stump behind. But have no fear – Evergreen Tree Services can help you with this issue, and they can do so in a manner that is professional and clean. We will not leave a scrap of debris on your yard or property when the job is finished. We will also not furnish you a bill until you are totally happy with the job we have done.

We also try to give back to the environment with our services. We will recycle all of the wood chips that are created during the stump removal. What’s more, any hardwood that is taken from the property will go into firewood for area campfires and fireplaces. Cherry and peach wood are arranged to be purchased by Atlanta’s competitive barbeque chefs. While you may pass your old wood off as garbage, it could be quite useful to others.

There is also a steady amount of rainfall that occurs in Marietta, as it receives over 54 inches worth of the wet stuff on average throughout the year. While this could spell a bit of refreshment during warm summer nights, this may also spell trouble, as the rain could be associated with rough storms that can show up at the city at any time, regardless of what the calendar says. This could also spell the need to emergency tree services should some tree-related damage occur.

Fortunately, Evergreen Tree Services is here for Marietta regardless of when damage occurs, thanks to our 24/7 emergency tree services that we offer to the city and Cobb County. This is important to note, since the longer damage from trees is allowed to linger, the worse the issue can become. We can mitigate the current problem by jumping right in and fixing whatever it was that went wrong. We can also help you find solutions to potential future issues by targeting what other trees could cause problems when the next storm blows into town.

A Look at Marietta’s History
No one is quite sure how Marietta got its name. Popular thought is that it was named after Mary Cobb, the wife of United States Senator Thomas William Cobb, whose surname became the name of the county Marietta currently resides. What is known, however, is that the city was officially recognized by the Georgia General Assembly in 1834. It became an integral part of two major regional rail hubs shortly thereafter, despite the fact that the hub was moved to Atlanta eight years later. The city was eventually set ablaze by General William T. Sherman’s men during the Civil War.

Today, Marietta holds a position of local political power, as it sits as the county seat of Cobb County. There are some ruins of General Sherman’s fiery campaign scattered about the city, serving as a reminder as to some of the country’s darkest days. The city is also home to six historic districts, some of which have a spot on the National Register of Historic Places.

Demographics
Marietta’s estimated population stands at about 60,000 residents, a number that represents a doubling in population size compared to 1980. It is estimated that a little less than 28% of the city’s nearly 24,000 households have kids under the age of 18, and that about 35% of these households feature married couples. It is considered to be a popular place for young professionals to live, as the median age in the city is 30. This is also somewhat backed up by certain population distribution numbers, which show that nearly 40% of the population in Marietta is aged 25 to 44.

Conclusion
Marietta is a city whose stout heartiness has long been a part of its soul. After all, it survived being set aflame during the Civil War to become one of the most dynamic cities in the Atlanta area. It’s an impressive legacy, and it’s something that we at Evergreen Tree Service strive to protect. Whether you need us for a tree trim job or a tree cutting service, you can bet that we will be there to help you take care of your tree issues, so your house can stand proudly within Marietta’s borders. 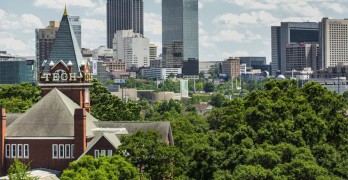 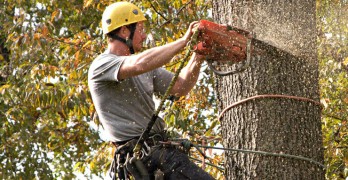 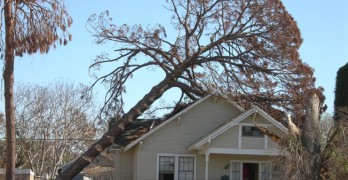 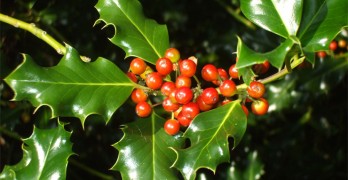